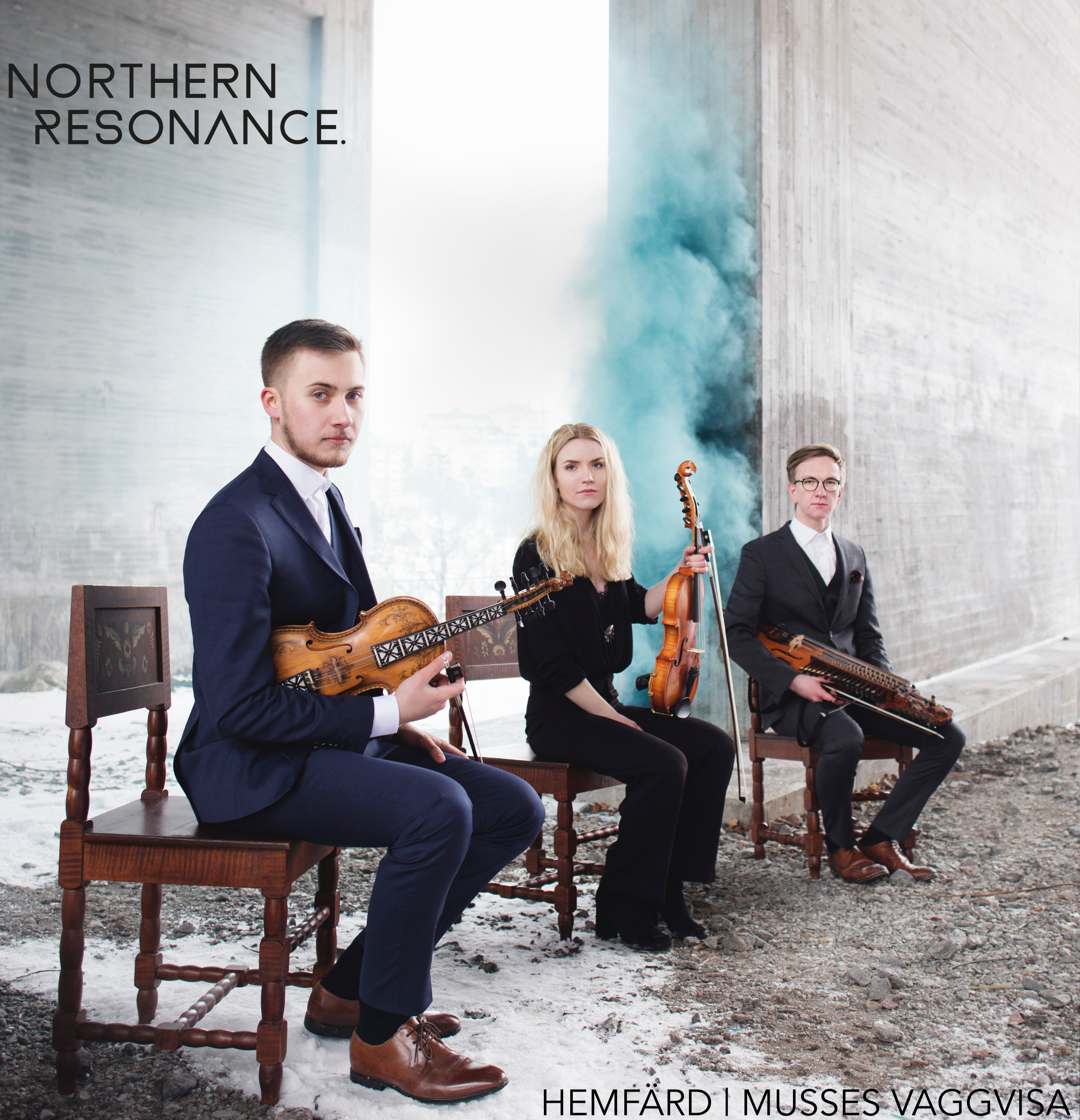 In the pursuit of innermost expression, the unique qualities of viola d’amore, hardanger fiddle and nyckelharpa are combined. Northern Resonance is a meeting where the potential of the instruments and the boundaries of traditions are pushed to break new musical ground.

With the resonance strings as the common denominator, a soundscape is created that freely moves between subtile details and grand sounds. Northern Resonance consists of the three well-established musicians Anna Ekborg, Jerker Hans-Ers and Petrus Dillner. Their different backgrounds in folk music result in brilliant compositions that catches the listener's full focus in a captivating way.

When the Viola d'amore meets the hardanger fiddle and the nyckelharpa, an incredible curiosity, a captivating tension and a dynamic atmosphere is created.

Jerker comes from Arbrå, Hälsingland in Sweden. At age 5, he got a violin in his hands and has not released it ever since. He has through the years been experimenting with different forms, tunings and types of fiddles and has since 2011 been playing the hardanger fiddle, the instrument he plays in Northern Resonance.

During his studies at the Music Conservatoire in Falun, Academy of Music and Drama in Gothenburg and The Royal College of Music in Stockholm, Jerker has created a well thought through style of playing that he conveys with great precision and brilliance. In 2018, Jerker received the Zorn medal in silver with the motivation “For skilled playing with an awareness of the tradition” and became a national fiddler.

With one foot in the new original musicality and the other one in the traditional music, Jerker is a musician with many different shapes that has an ability to put his own touch at the music he creates.

Anna Ekborg is born and raised in Falun, Dalarna in Sweden. She started playing the violin at the age of 5 and began playing the viola d’amore a few years later which also is the instrument that she uses in Northern Resonance.

Thru her studies at the Royal College of Music in Stockholm and from old recordings in the archives Anna carries a big repertoire of tunes and a great knowledge of the traditional music from Dalarna.In 2016 she received the Pål-Olle scholarship with the motivation "For her precises work on the fiddle, for her mature, excellent way of playing with great awareness of the tradition”.

The surroundings in Dalarna has always inspired her and has characterized her journey as a musician. She is constantly working on finding new influences, exploring the boundaries and give the music she grew up with a personal touch.

With an awareness in her playing, Anna exposes her personality thru the music and gives the audience a genuine experience with a lot of consideration where the tunes constantly grows bigger.

Petrus Dillner grew up in Marma, Northern Uppland in Sweden. He started playing the nyckelharpa at the age of 8 and received in 2013 the Zorn medal in silver with the motivation “For his awareness of the tradition and his brilliant way of playing” and became a national fiddler.

After studies at The Royal College of Music in Sweden, Royal Conservatoire of Scotland, Sibelius Academy in Finland, Danish National Academy of Music and Ole Bull Academy in Norway, Petrus has developed a deep knowledge of the older tradition but is actively experimenting with the potential of the nyckelharpa to find new possibilities on his instrument.

Petrus has an ability to reach the audience through his strong presence on stage and his innovative musical expression.